Things We Are Reading Right Now

Mason Johnson is playing Pokemon instead of reading. If he were reading, he would be reading I Love Science by Shanny Jean Maney. Or Chew vol. 5.

Julia Hendrickson is reading Color Plates by Adam Golaski (Rose Metal Press, 2010), a collection of short stories that recreate the narratives behind the Impressionist paintings of Édouard Manet, Mary Cassatt, Henri Toulouse-Lautrec, and Edgar Degas; and is about to crack open Marcel Proust’s Days of Reading, in a tiny beautiful edition from Penguin’s Great Ideas Series.

She’s also reading The Studio, which is part of Whitechapel’s Documents of Contemporary Art series. It’s an interesting compilation of essays on the subject of the artist’s studio, put together by Jens Hoffmann. Some of the texts are only loosely related to the theme, but it’s historically useful and a diverse read; an answer and a challenge to the recent Studio Reader.

Kaisa Cummings is reading East of Eden by John Steinbeck right now. Summer is a good time for big literary commitments like that.

Russ Woods, who tends to dip in and out of books a lot, is currently reading Are You My Mother by Alison Bechdel, A Journey Around My Room by Xavier de Maistre, The Malady of the Century by Jon Leon, and Issue 3.1 of Gigantic Sequins.

Alex Allison is reading The Edible Woman by Margaret Atwood, and received and spun through the excellent I Am A Very Productive Entrepreneur by Mathias Svalina. He intends to heavily steal from both books in the future.

Matt Rowan is reading Iceberg by Paul Kavanagh (“a really wonderful story with all the really excellent fantasy of a Roald Dahl novel but something much more sinister, as well”);

God Bless America: Stories by Steve Almond (“like reading George Saunders mixed with Jim Shepard. Does that make sense? Doesn’t matter. Almond’s got his finger on the pulse of what shapes and sizes we Americans come in. It’s nice to see a collection with a title that’s paradoxically satirical and sincere at the same time. “);

Why They Cried by Jim Hanas (“a surprisingly fun collection of stories, interesting reading it alongside Steve Almond – for both their similarities and the definite stylistic distinctions”);

Letters From Robots by Diana Salier  (“Diana does fractured prose poetry – if I’m not totally mislabeling her work – as well as anyone. Tons of lyricism. Turns of phrase that ring in your ear”);

and Revelation by Colin Winnette (“Colin has this amazing way with words. Truly admirable. Very enviable. That bastard’s done it again”). 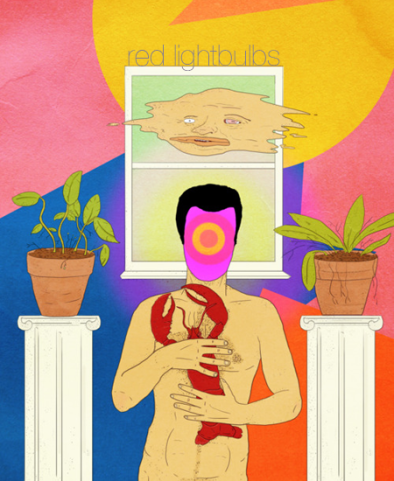 1. We are watching the Poland vs. Czech Euro Cup game right now and we have a really bad feeling about Poland’s chances.

2. Update: We were right to have a bad feeling about Poland’s chances.

3. This Tuesday, June 19th, we’re going to be co-hosting a reading with the fantastic Red Lightbulbs at Beauty Bar. Readers will include Tyler Gobble, Michelle Sinsky, Joshua Kleinberg, Russ Woods (reading the words of Cassandra Gillig, who is underage and can’t come inside), Russell Jaffe and Cassandra Troyan reading! Plus possible TBA readers!

6. If you haven’t checked out the new issue of Red Lightbulbs, you should. It’s here.

Possibilities of Evils: Education in Reading a Shirley Jackson Classic

I know, I know. This post has been a long time coming. I’m not sure if I’m the most derelict blogger of the several many of us who blog here. Not my proudest achievement, taking forever to bring my own post to the table. But ah, here it is (with apologies; I hope to say more and more as time goes on, and I hope that what’s said here and now is useful to you in some way; I hope your life is going very well right now, independently of what I say and do (and fail to say and do)):

I am, technically speaking, a teacher of high school English. True, I’ve been a glorified sub these many years since beginning my effort to become an educator in an official capacity. True, I’m only serving presently in a long-term temporary teaching capacity . BUT, I think I’ve got something worthwhile to say, to offer the Artifice blog. There’s something in there, I don’t know if it’s in my brain, but something that I think I’ll be able to share with only minimal risk of your shouting me down / hurling invective.

It’s about the possibility of evil and “The Possibility of Evil” by Shirley Jackson. I recently taught this short story to three sections of English II students, sophomores. I notice they don’t consider the possibilities of evil all that often. I don’t think so, at least. But their thoughts on “The Possibility of Evil” were above par (based on my own understanding of the subject) and, at times, downright impressive. One student identified the ambiguity of the town’s name and place as probably relating to the idea that this could be anywhere, USA, and by the implication of this we are all potentially guilty. We all become hero, villain and victim.

I like the idea that we all own some share of the blame for things like misunderstanding. I want to believe it’s something we need to constantly look inward about if we really desire effecting change in relating to our neighbor(s). It’s on us. We control ourselves, and really only that much, when we control anything at all. And given my experience with students, I can say for certain we do not control them. In education, it’s about reciprocity and quid pro quo. It’s about relating to them as much as possible and allowing them to meet your expectations, with as many opportunities to do so as is reasonable.

At face value Jackson’s story could be read by some as a facile, maybe glib portrayal of good and evil (e.g., much of the language she uses has a certain straightforwardness about it that’s hard to ignore), despite the subtle character of most all the narrative events and how they unfurl. If you haven’t read it, I encourage you to take a look. Despite the harsh sound of the title, the form evil takes is hardly as, at least speaking for myself, you typically imagine the term. From my perspective evil is violent. It’s the Holocaust. It’s genocide. It’s psychopathy. It’s serial murder. It’s rape. It’s cruelty of the most pure and ignominious kind. But it’s not just those things. It really isn’t. I’m convinced of this.

Nietzsche once wrote, “Wickedness is rare. — Most people are much too much occupied with themselves to be wicked.”

Most of the evil we do, if it’s not too extreme to refer to it as such, is completely inadvertent, or implemented teleologically, to the extent that we mean only to ensure our ends get met in steamrolling another person. I get the feeling this plays out a lot in the contemporary American workplace (wherever one works).

To briefly rehash the story, though I would encourage you to give it a read (I don’t know that it’s public domain but you can find a pdf. of it just by Googling the title / Consider yourself spoiler alerted).

It tells the tale of Miss Adela Strangeworth, a certain, if only tacitly, self-proclaimed matriarch of that anywhere town in which she lives. It follows Strangeworth through a day’s interactions with her fellow townspeople. During which time, Miss Strangeworth presents herself in one particular light, by her conversation, but as the narrative moves to a more introspective vantage her unseemly and unexposed side is revealed to the reader. The difference between word and deed, then, is a lot of where the evil of this story resides. Miss Strangeworth manages to present her beliefs as benign in conversation but internally she’s already plotting how she can exploit what she has learned of her fellow townspeople to prevent, in her mind, the further spread of evil. She accomplishes this task by writing anonymous letters filled with castigation and disgust. It’s really something to behold. A marvel of the ugliness within, of the power of delusion, and the things we do to convince ourselves that ends justify our means.

I liken Miss Strangeworth to those most avid voices preaching against the spread of whatever immoral act they see as dissolutional to the country at large, to those previously held institutions that survived on the potency of ritual and the belief that anything is good if it has been practiced in earnest for a very long time. They argue this despite what rationality may indicate in opposition.

If we weren’t so caught up in the illusion of control, which I think it’s safe to say any healthy democracy should strive to avoid, we’d find ourselves more than a little better off for it. I SWEAR! You can say and do what you like to convince children, say, as a parent, that your way of thinking is THE correct way of thinking but in the end they ought to be allowed to become whoever it is they are, free of the real fear that you’re judging them, either outwardly or inwardly. Chances are this is what will happen regardless of you, hypothetical parent, and your manipulation.

Who is really so good that they can say with certainty their way, or their version of a longtime accepted way, is the only right way? I know that won’t be a democracy, if one belief ever gained widespread or universal traction (see The Nazis, The Bolsheviks, The Maoists and all kinds of -isms, whatever they be). That is something I’m willing to say with certainty.

George Buckenham is a talented videogame developer based in London. I first met him at a party, and then I met him a second time at a brunch I was not even meant to attend (I encouraged everyone at the table to pretend I wasn’t there). I had been drinking a lot of mimosas, too—did you know they’re called “Buck’s Fizz” over in England?—and finally I gave Mr. Buckenham half my breakfast because I had become too woozy and boozy to finish eating it. This is probably the worst way to introduce yourself, to ask the stranger next to you to please finish your food for you; still, George accepted my gift of a half-eaten breakfast burrito with gusto, and I felt an immediate camaraderie.

Buckenham, together with a designer named Jonathan Whiting, made a game called Hefty Seamstress way back in February, and I’ve only just learned about it. Hefty Seamstress is the product of a “game jam,” where people convene (over a single weekend, say) to make games as quickly as they can. In this case Buckenham and Whiting made a type of word game: some unholy cross between an exquisite corpse and a hypertext experiment, and with the word salad verve of flarf. (“Flarf?” George asked me. “Flarf,” I repeated, without explaining.)

After I’d spent a few minutes with Hefty Seamstress I excitedly told George about Acrophobia. The word game was already popular in IRC channels when a full multiplayer version arrived in 1997 (“when you were about 10,” I wryly warned George).